It’s an enormously helpful concept to know about, explore, and work on in our lives.

But today I want to introduce you to a new concept: Invisible standards. (TM Cristina Roman. You heard it here first, folks.)

Often, people talk about things like having “an amazing morning routine,” being “good enough” at work, wanting to be an “incredible leader,” and having a “wildly productive deep work practice.”

And 9 times out of 10? They’re beating themselves up, because they aren’t where they want to be.

But here’s the wild part: They don’t actually know where they want to be, because their definitions are so elusive and undefined. Their standards are completely invisible, even to them. They’ve never defined what any of it means.

So, here’s the two-part process that I lead my clients through: Define, then decide.

First, define in excruciating detail what you’re really striving for. Let’s take “incredible leader.” Write down every single detail of who you think you would be if you were an incredible leader.

What does “being ‘good enough’ at work” look like? What would you do, say, believe, and feel if you were “good enough”?

If you start writing down your definition and it feels a little unrealistic, EXCELLENT. That’s what we want. We want you to surface all of your slightly crazy standards that you’ve been carrying around in a little invisible suitcase. The more unrealistic, the better.

Now that you have an exhaustive list of the standard that you’re really striving for, it’s time to decide what to do with the list.

Here are the three most common paths I see clients take:

Is it surprising that I recommend option 2 or 3?

The risk of not uncovering your invisible standards

Here’s what can happen when you don’t do this exercise: You continue on as is, running an invisible standard in your mind and always coming up short. You feel behind and unsatisfied, but you don’t understand why.

….so might I suggest that you do the exercise?

You’ll want to check out Half-Finished to Done, LIVE, the program for business owners who are ready to stop procrastinating and start finishing their half-done projects. 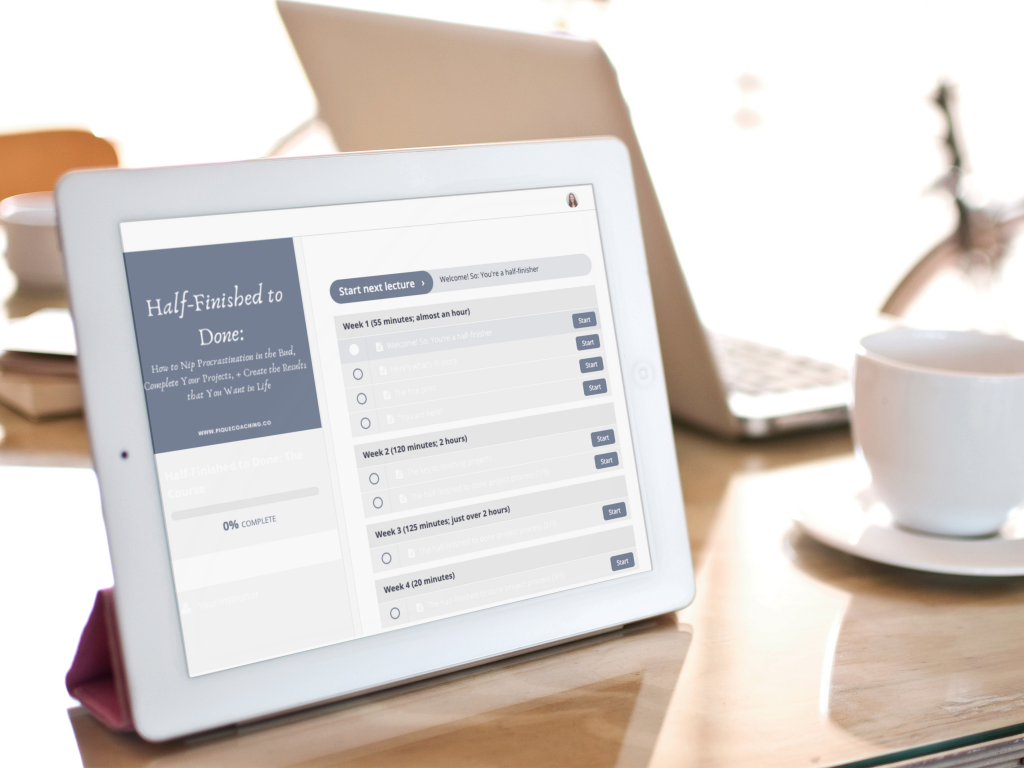